Die Welle (English: The Wave) is a 2008 German sociopolitical thriller directed by Dennis Gansel. It is starring Jürgen Vogel, Frederick Lau, Jennifer Ulrich and Max Riemelt in the leads. Die Welle is based on Ron Jones’ social experiment The Third Wave. The film was produced by Christian Becker for Rat Pack Filmproduktion, It one of the hot favorite German cinema among critics.

The Wave is one of the movies to convert a social experiment into a fictionalized plot. As the Stanford prison experiment of 1971 was adopted 2001 production Das Experiment by Oliver Hirschbiegel, and the 2015 production directed by Kyle Patrick Alvarez.

Die Welle Gansel’s Wave is based on teacher Ron Jones’s “Third Wave” experiment, which took place at a Californian school in 1967. He explains the concept of National Socialism through live experiment of totalitarian, strictly-organized “movement” and harsh punishments led by him autocratically. The warm sense of community trigger wave of enthusiasm from students and they form a league. Jones admitted to having enjoyed the project but he aborts the project on the fifth day. He confess students how he implemented the parallels towards the Nazi youth movements.

In 1981Morton Rhue published his book “The Wave”, which was published in Germany in 1984 and has since enjoyed great success as a school literature text. It has sold a total of over 2.5 million copies.

The screenplay is based on an article written by Ron Jones in which he talks about the experiment and how he remembers it. The major difference we find is physical violence and the bloody end part of the movie. “Gansel claimed in an interview that it was extremely important to him to ensure that his movie would not differ as much from the experiment as Rhue’s book.”

The narrative style is linear and the film is narrated from the perspective of a third person. Wenger is filmed in low angle shot and sings rock music in the opening sequence; on the other hand he seems depressed in this last scene. Slow motion shots reflect tormenting self-reproaches. The subjective view of the thoughtful character relates to the dramatic composition throughout the film. Gansel justifies the radical end with the necessity of shocking the audience.  We find the ‘modus operandi’ and nature of students who like ‘real’, when something is real; they get aggressive about it and accept it. Anyone if they broke the rules, they get in trouble with these secret police, who were the motivated students. This film offers real fear and intimidation. It was like a police state.

Professor- broke up lines of communication between students. Some had been friends for 10 years, but he creates the atmosphere where no one could trust anybody. If you had any doubts or questions or thoughts of resistance, you couldn’t tell anyone because you would get in trouble. You didn’t dare ask whether it was real or not.

Each day come with more surprises. And each time you thought you had understood it, there would be a new twist.

Die Welle film becomes near to my research as most of the countries today are following these ‘modus operandi’ to rule the masses. The innocent nationals are either become zealots or get disillusioned with system.

Die Welle is set in modern-day Germany. Jones says it depicts the experiment well.  Denis Gansel, the director, has successfully captured the nature of kids at this time in life and history in a refreshing and accurate way – kids being techno-friendly, who resist the global economy by burning Nike.

As in Economic we have macro and micro economics we have same view in politics. The regular citizens always look at micro level and never understand what is happening at macro level. This sheer negligence always takes its toll on civilization. The work of mass media is to analyze the situation and put it in front of the people. Be it a news paper we get editorial and news stories and news features. On TV we get special shows and documentaries. Internet offers many web portals with in-depth analysis. It is the technology which becomes our extension and we become lethargic to take a panoramic view.

Die Welle is the unique example which demystifies the concept of ‘National Socialism’. It is a World Cinema, embrace it with me. 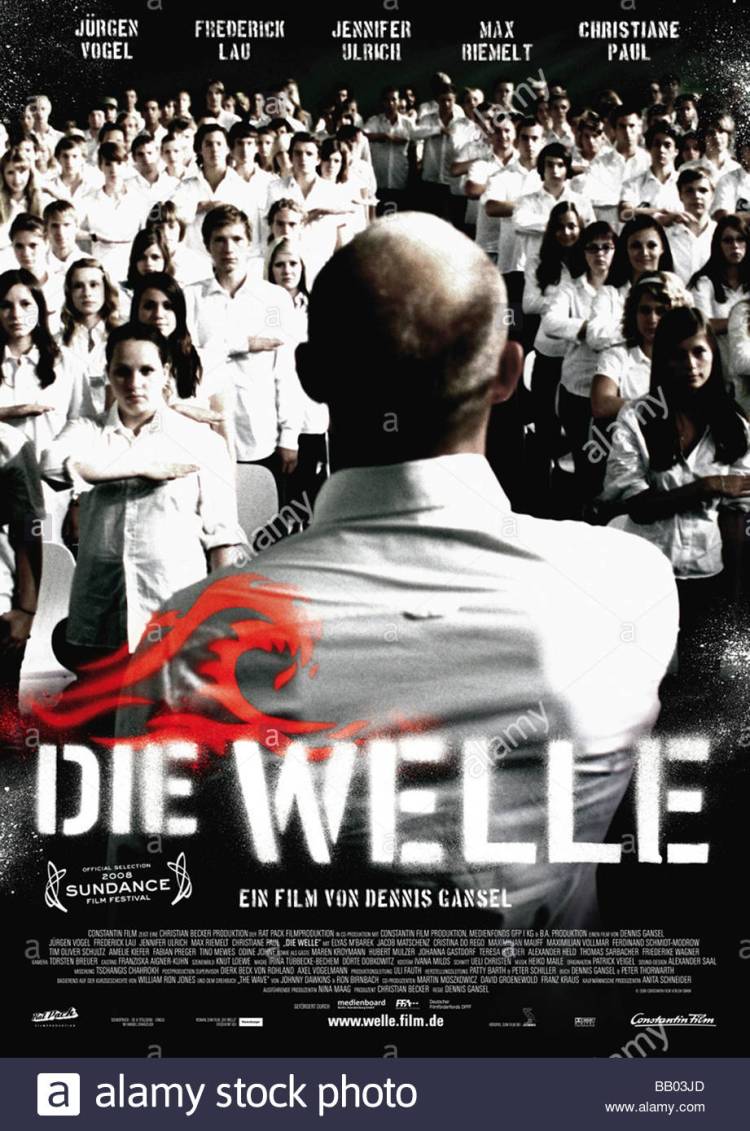 Passionate about cinema, fine art, literature and photography, while teaching in media school Rahul Mate makes a little change into the life of people by connecting them with world of creative freedom. View more posts