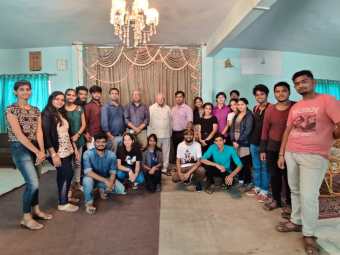 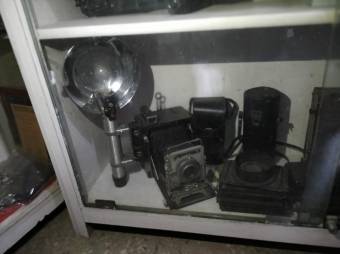 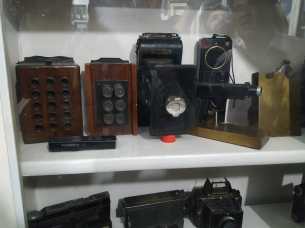 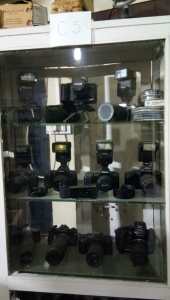 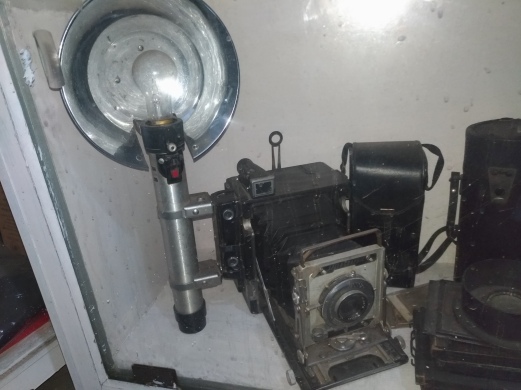 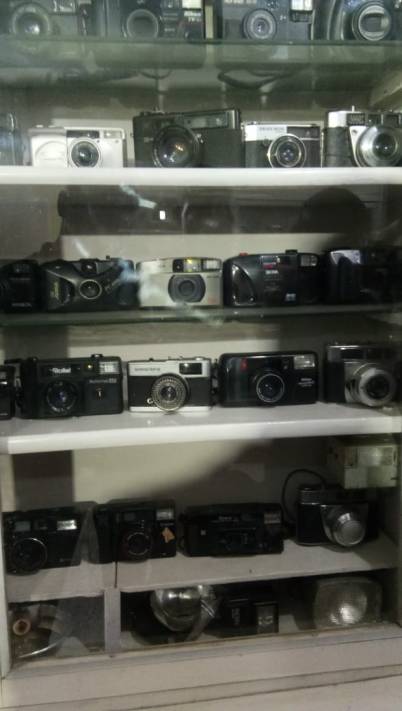 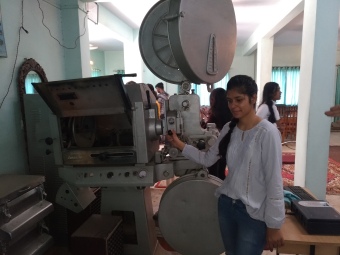 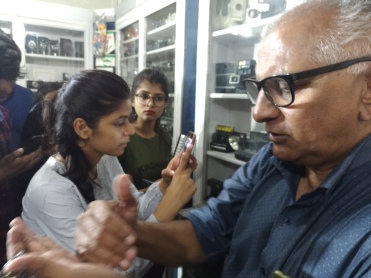 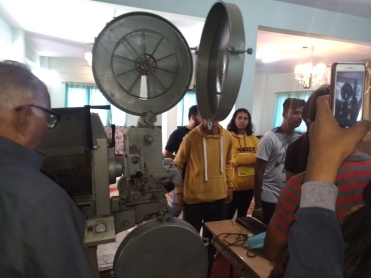 Farid Camera Museum a gem in Kondhwa, It has become a landmark. You will not find any information on Google or any app.

It was my second visit this year to this museum. Mr. Farid and his son Mr. Ahmad warmly welcomed us. They showed each camera and other equipment enthusiastically to us. The way Mr. Ahmad described the historical development from wooden large format camera to Drone and Go-pro. He went beyond artistic skills to explain the technical details.

As he uttered Minolta or roll flex, yeshiva, Nikon, Kodak and Leica it transcends our sensibilities into vintage era. We recollected all the frames from the world cinema we have watched till date. It offered us a new pattern of thinking when he showcased the spy camera section, their operation and film stock.

The development of photography equipment from pin-hole camera to box camera, then to small cardboard camera with fix lens. The development of focusing of lens, aperture settings, then came the shutter speed settings. It was interesting to see the development of camera flash. The heavy accessories of camera flash charger and then only one flash, the bulb use to go off. Then remove the bulb and change it. Always keep the heavy battery tied with your waste. That replaced with flash magazine of 4 bulbs. Leica was first to introduce the camera of 100 photo reel. We also saw the only model which can capture the photo on digital card and film. There was no camera made after that. 3 lens attached to camera and 16 picture at one time wooden camera grabbed our attention. The journey of Twin lens reflex and then to the beginning of Single lens reflex to D-SLR was interesting, Nikon F.4 the camera first time used on Moon we remember and then how the F series of Nikon started and became successful. The first digital Sony 1 MP camera and the later development of lenses that we know, fortunately all the equipment we so far have seen on screen we saw it in real. It was an experience of lifetime.

We physically touched the wooden cameras, various color, and black-n-white enlargers all were in working condition. The tripods, bags, film magazines, cartridges, the various light meter models and their importance even today in digital era are the special attractions.

The main attraction was film camera of various manufactures. The camera used in Raja Harishchandra and the camera used first time on moon were mile stone. 16 mm and 8 mm film hand held motion camera, 16 mm and 8 mm film projectors, film projectors which run on dynamo and some projectors used in social gathering. It is the only place in Asia continent which houses the camera equipment from various manufactures. The lovely family of Mr. Farid always welcome visitors and make them familiar with the grandeur of the world of photography.

Some among us liked camera, some liked enlargers, some liked light meters then some wondered how their dad has a same model of camera? It was an enticing day. I am happy that everyone got the much essential motivation.

Passionate about cinema, fine art, literature and photography, while teaching in media school Rahul Mate makes a little change into the life of people by connecting them with world of creative freedom. View more posts